It has come to our attention that the unofficial "Pet" file has been circulating again recently. As most of you know by now, the pet file was removed from our official resource document after it was deemed too dangerous to be used. It created many, many harmful effects, including (but not limited to) dependency, extreme separation anxiety, and a decreased ability to think for one's self. Though for some time we have allowed journals and discussions about the pet file to continue, but as of this announcement that is going to change.

After learning that the Pet file may have been a factor in an attempted suicide, we have decided that the file should no longer be part of this community in any way. As such, discussing the pet file is now off limits, and journals focusing on the pet files will be locked. We apologize if this treatment seems harsh, but we feel that this is in the community's best interest, since the file has hurt so many in the past, and has the potential to do even more harm. 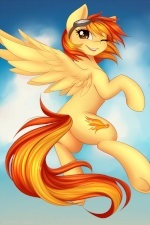 Tulpa Sheet
Tulpa Name: Fid
Gender: To Be Determined
Form: whatever he feels like