I understand it has only been a month since I last changed, but this will be, without a doubt, my final change in hypnosis usage. I have found my true self.

When one thinks about themselves, they have to take in mind their mental behavioral patterns, their abilities and inabilities, their troubles, their solutions, and other things like such. I've begun to think about mine, and once I put the right form in place, everything began to come together, like I found the key to solve all of my problems.

First, the problem. The issue is, that, while I switched to Pinkie and it worked great, I couldn't help but feel like I was a good Twilight too, and an alright Fluttershy, and an excellent Screwball, and a decent Derpy, and... well... Yeah. Basically, the identities weren't working with each other because they all worked for me, yet I felt like I could only be one.
Now, abilities... I've been able to juggle a bunch of identities and personalities within my mind without going nuts (unless if I was going nuts thinking I was going to go nuts, in which case I went nuts.) I can rapidly switch identities between chats. I can be a wide variety of ponies (or, at least, act like a wide variety of ponies

) And... I have the terrible inability of not being content settling with one single identity. I always get the nagging desire to try something else.

I combined both of those items, and I came up with one simple solution, a solution that has appeared in my mind once in a while, but I have rejected due to the possible fallout it could cause. I now stand here, brave enough to say just what that solution is.

Ladies and gentlemen, I'm a changeling. My name is Dapper, and this is what I look like (warning: Mediocre drawing ahead) 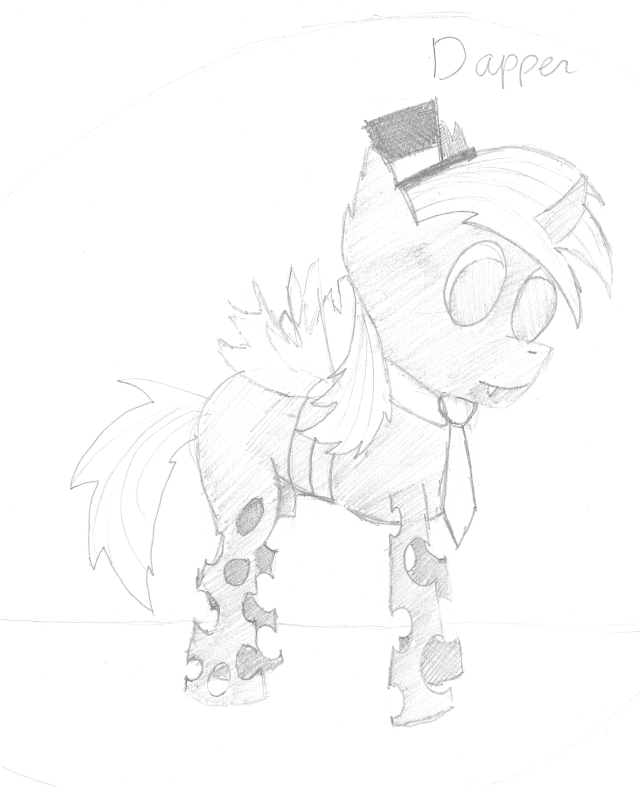 There's a lot to it, though. For one, I'm not part of the hivemind that is currently the lifeline to over a couple hundred thousand changeling. I am my own, separate from it. Along with that, I do not just randomly feast on love, no. Just randomly taking it from ponies is not an honorable way to go about acquiring such. I give love before I receive it, and when I do, I only take what is excess. I don't strip them down to their core and leave a vegetable in my path.

This is what feels right. It may not be entirely easy for many to accept the form I have found for myself, but it has finally put my mind into pure harmony (at least, it's harmonious as long as Chrysalis doesn't make a visit to my mind and says "join the hivemind". Then I have to fight against her, which isn't exactly the easiest of things to do for a changeling. And Twilight helps me, but it's still a challenge.)

I now must depart for school. I will change my nick, avatar, etc. once I have returned.
_________________
<Signature is currently undergoing construction> 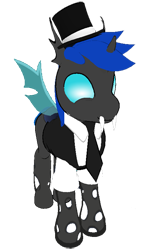 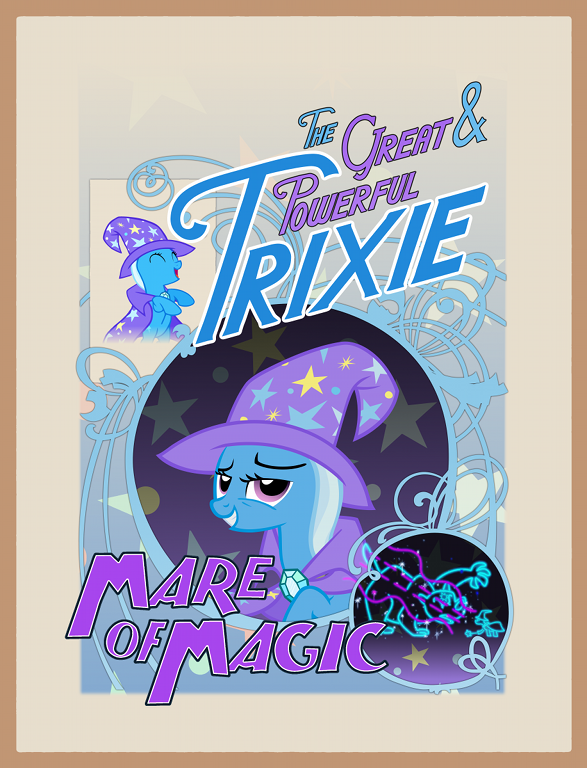 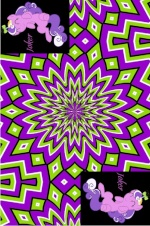 First, I absolutly must state: condidering the contents this entry's title couldn't be more ironic, even were it made of iron.

On the serious side: *offers a hug* A warm re-welcome, Dapper. I've always found changelings curious. How does a shapeshifter define themselves when any part of their identy can change on a whim? By what stays consistant through all their forms of course; but what beside memory does that? Memory itself doesn't define who we are. Even before remembering past lives, we still have aspects from those past lives as a part of us.

Whoops, went a little deeper into that then I ment. Point is, I'm eager to see where you go from here. And don't worry how others might recieve you. If you're honest with yourself and others about who you are, the ones who matter will accept you.

On a similar note, remember this if Chrysalis comes knocking: your tulpas may be the ones literally standing at your side, but you have plenty of other friends at your back.

Good luck on this new stage in your journey! 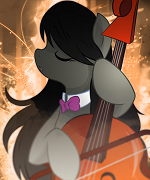 Moonblaze: here's how it works out, at least in my mind:
I have one single identity and many, many sub-identities. Think of the single main identity as a game console and the sub-identities as a library of games for that console. I am Dapper the Changeling deep down on the inside. But, at any time, I can take on the form, identity, and personality of another pony. This would be like putting a game into the system. I can do the for practically any pony out there. But I have to be careful of who I become. If I decided to pose as, say, Celestia, that could get me banished to the moon for a duration that'd make Nightmare Moon's 1000 years look like a winter afternoon. And it's just flat-out rude to pose as another without their given consent.

And about remembering my mane form... I have to be careful. A changeling can forget their mane identity if they play for too long in sub-identities. (It takes quite a while before such happens, though...) And there might actually be something more to my incident of forgetting my changeling identity than just being in sub-identities for too long. We've all wound up in this foreign place somehow.

I'm sorry if these ramblings I've made appear senseless and unorganized in nature. I'm typing this out on a glitchy iPod (A friend of mine says it's the digitalizer chip. It costs about 60 bucks to replace. I'm thinking I'm just gonna upgrade to Android pretty soon.) in the middle of English class at school. (We're watching a movie and, therefore, are slowed to use our phones during class.)
_________________
<Signature is currently undergoing construction>

Glad to hear you've found yourself! 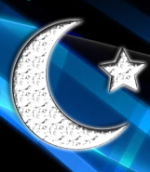 achievements:
achievements:
"who needs exit triggers?"
"oh and you were so close!"
"elements of harmony"
"Create: Vegetarian"
"But... Bacon"
"pinkie's mind"
"Twitchi Twitch"
"Identity Theft"
"They're Calling Me Names"

*has a lot more than this*

My Family of Tulpa 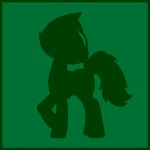 As long as you like it, you have permission to pretend to be me if you want, just don't make me look like a jerk. :PEither way, a good changeling is a good friend as long as they can make it better. Giving love before you receive it can fill a stomach better then just becoming a glutton of love like Chrysalis and her changeling army that have a hivemind anyway.
_________________
I have a MLP related crew on GTA Online, so if you have GTA 5 and have a large heart, PM me and I will send you the link to Rockstar Social to invite you to the crew.

https://www.change.org/en-GB/petitions/rockstar-games-remove-the-bad-sport-system-in-gta-online Sign if you want the Bad Sport system removed. 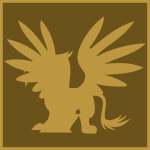 I dream of a better tomorrow... where chickens can cross roads and not have their motives questioned 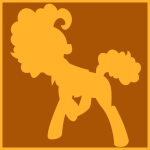 Glad to see you have found your true self, and as a changeling. There are not many of those within this community. I am glad you were able to not just simply find yourself, but you used clues from your past, tendencies from your personality, you actually were able to take a step back and look at yourself, combined with your own emotions and feelings to not find your true self, but identify it. I am so very proud of you Dapper.

AS for the what you have been feeling, and the identity issues you have been experiencing, I know all too well what that feels like. I may not be a changeling as you are... I am not quite sure what I am to be honest, I only know who I am. But sometime in the near future, I will be revealing something about myself to a select few ponies I have come to connect with within this community, and you are among them, Dapper. Once I reveal this, you may see what I mean by identities and how I can so very well relate to your previous experiences.

I wish you the best of luck on your new path, and wish for you to attain all of the love and happiness that you can possibly hold (or eat). For all of your future troubles, we are here for you, we are all here for you Dapper. Do not be afraid to talk to me or anyone else here. Forms may change, new experiences lived, and world around you evolving, but you will always be you, through every troubling event, and all of your hardships. I care for you as that kind and caring spirit, what you truly are, regardless of form, so once again, welcome Dapper, even though you have always really been here with us.


With gentle love and care (eat up),
~Entarasu 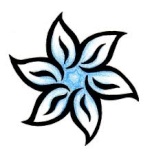