Hypnoponies :: Books of Wonders, The Journals :: The Support of Equestria :: Shining Armor Journals :: A Certain Kind of Armor

Thanks to Bright Star and Soarin for their great advice on my 9th entry. You ponies are awesome.
Things have been going well, though imposition and such (or if I'm getting the term wrong, at least visualization) has been going on and off. Mostly I visualize only when I'm thinking about it, and I'm hoping to fix that.
I've also been thinking about similarities between the me here on Earth and the me in Equestria. I've sort of made a list of differences in my head, but I can only remember some of them to post here. 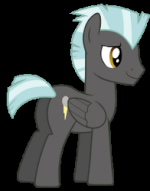 Hypnoponies :: Books of Wonders, The Journals :: The Support of Equestria :: Shining Armor Journals :: A Certain Kind of Armor